We need sweetness. Yeah, you heard me (well you hear me in your head). I’m not here to bore you with another article about why sugar is bad for you. We get it. As an information saturated society we know more about nutrition today than any other time in the unabridged history of the human race. Yes, sugar is bad for you BUT we still need to sweeten things from time to time. We have evolved taste buds on our tongues for sweet things. Every culture on the planet, from the bleakest deserts to the darkest rain forests, eats sweets. So when sugar is no longer lead singer on the sweetener stage who do we turn to?

The term “Artificial sweetener” has always bothered me for some reason. It just makes it seem as though we are lying to our tastebuds but the only lie is in thinking that sugar is the basis of our perception of sweetness. Sweetness is in the brain. To understand sweetness think about locksmiths. Yes, every lock needs the right key to open it. A chemical doesn’t have to be  table sugar ( C12H22O11 )to have the right molecular structure to unlock our taste buds.

A word or two about taste receptors…

The many protruding papillae structures on the surface of our tongue contain receptors that constitute our infamous taste buds. All of these protrusions create a massive amount of surface area around the tongue, providing many points of contact for the foods entering our mouths to make their flavors known. These taste bud receptors have a direct line to the gustatory (feeding related) areas of the brain where we interpret and experience those tastes. Just like sight and smell, taste is largely in the brain. This is why the smell or taste of fresh baked cookies or whatever can conjure up vivid memories of a time and place (rolls from the oven make me think of Grandma’s house).

Humans have big ole brains and those brains are powered by calories. Yes it takes calories to power the brain (roughly 20% of our total intake at rest) just like any other organ in the body. Sweet things tend to have a lot of calories. So it would make a lot of sense that, calorically speaking, sweet things would be so appealing (I see you over there cinnamon roll. How you doing?) What if the pleasure we get from two scoops of ice cream is really a deeply rooted feeling of security that we’ve met our body’s caloric demands?

Saccharin how do you do it?

When I say “artificial sweetener” do you think of little, bright pink packets? It’s ok, we all do. Saccharin (commercially known as Sweet n Low) has been cluttering breakfast tables like confetti for decades but has been in use for more than a century. Of course saccharin meets and greets the same taste receptors on our tongue as table sugar but it’s 300x sweeter per serving. Where does it get its mutant flavor powers?It’s not fully understood but part of the answer is solubility my friends.

In order for us to taste anything, some portion of that substance needs to dissolve in water so that a sample of it’s molecules can shake hands (on the molecular level) with our taste buds. Saccharin in the form of a salt (sodium saccharin) dissolves in water like a champion and thanks to it’s shape, the molecule has a high affinity for the taste receptors on the tongue. I mean where sugar shakes hands with our taste buds saccharin goes in for the long, awkward hug. 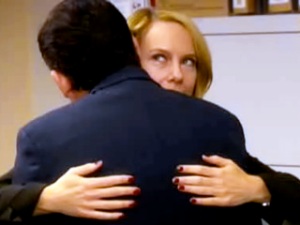 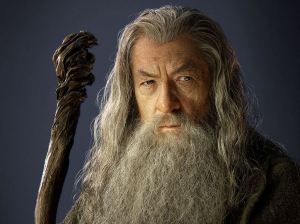 You just had to ask that question didn’t you? To be honest (always) the topic of saccharin toxicity is a murky one. It has been investigated more than some organized crime bosses. There are definitely concerns about sodium saccharin’s toxicity. In some laboratory trials high doses of saccharin have been linked to bladder cancer in test rats. Now please keep in mind that they were testing lab rats and not humans. We are yet to find definitive proof that saccharin causes cancer in humans. It was for this reason that saccharin was removed from the U.S. National Toxicity Program’s Report on Carcinogens in 2000 where it had been listed since 1981. Also, the rats in those studies received high concentrations of sodium saccharin. They weren’t casually sipping Crystal Light after working in a few laps on the hamster wheel. For the sake of a toxicity study researchers are looking for toxic effects. So they test and test and test until they find some. A researcher measures those effects at different concentrations under a variety of conditions. In contrast, the amount of saccharin in your packet of sweetener was only intended to make that cup of old, burned coffee easier to drink while you wait for your car at the Jiffy Lube.

So no, I’m not here to defend the little pink packets (though I will accept cash or personal checks if they would like me to.) You will simply have to use your own judgement. However, I will leave you with this thought…

Can a substance that contains no calories or nutritional value still be considered food, and if not, why are we putting it in our mouths?