Hello party people! I know it’s been many moons since I’ve posted an article but hey, let’s not dwell on the past. It’s bad for your complexion. In this episode of Me Talk Pretty I would like to introduce a topic that has wandered the deserts of obscurity for eons in need of clarity, and today we’re gonna make it rain. For many of us, the definition of a syndrome is as elusive as the lyrics to Tiny Dancer (hold me closer Tony Danza..I’m cold). Let’s clear a few things up shall we.

The classifications for diseases and syndromes are so closely related that they could be wearing the same underwear (like 100% cotton with no room to breath). There is a somewhat reliable consensus that a disease is classified as – having recognizable signs and symptoms which have a consistent anatomical or physiological effect on the body and are linked to a KNOWN CAUSE, a.ka etiologic agent. For example, Bacterial Meningitis is the inflammation of the protective layer of the brain in response to some nasty ole bacterial infection in the blood stream.

B) This disease has a recognizable physiological effect on an organ/organ system – inflammatory response within the meninges of the brain and infiltration of cerebrospinal fluid leading to systemic central nervous system infection.

Here’s where it gets tricky…

I would like to tell you that a syndrome is distinguishable from a disease by – having recognizable signs and symptoms which have a consistent anatomical or physiological effect on the body but have NO KNOWN CAUSE. However, we know that Acquired Immunodeficiency Syndrome (AIDS) is linked to an infection with HIV (Human immunodeficiency virus) which attacks our CD4 T-cells. AIDS is classified as a syndrome because the condition has such a broad spectrum of symptoms and complications resulting from the breakdown of the immune system that it can not be classified as a single disease process. On the other hand, Carpal Tunnel Syndrome (the chronic pain and impaired functionality of the hand and wrist associated with the constriction of the medial nerve of the wrist) has a consistent pattern of symptoms and physiological effects BUT the causes of carpal tunnel are highly debatable.

So I would like to be so bold as to say that as a general rule of thumb – what makes a syndrome a syndrome is in the complicated nature of identifying a single, consistent cause for a pattern of signs and symptoms that typically appear together.

I know I know…this one is a little messy. So let’s think of it abstractly.

One afternoon I walk outside and notice that everyone is wearing bright green t-shirts, and walking in groups along the sidewalks with four leaf clovers painted on their faces, carrying mugs of bubbly green liquid. As I walk past restaurants I see lunch specials for corned beef and cabbage. Based on these signs and symptoms I immediately check the calendar (March 17th) and quickly diagnose the phenomenon as St. Patrick’s day. It has been well established that these patterns of behavior only occur together on this particular day. So based on what I’ve told you, would you classify this holiday as a disease or a syndrome?

How about this one – One afternoon I walk outside and there’s a parking ticket on my windshield. Later that day I crack the screen to my smart phone and can no longer make calls which causes me to miss a crucial text message about a party that night. Based on these signs and symptoms I immediately look at the calendar (Friday 13th) and I quickly diagnose the phenomenon as Bad luck. The association of these patterns of behavior are both poorly understood and highly debatable. If bad luck were an illness would you classify it as a disease or a syndrome? (yeah I know that’s a lousy example but humor me) 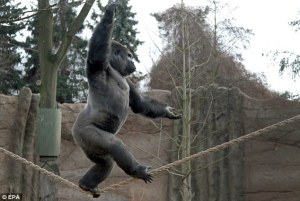 nobody likes a show off

And we’re back. This is part dos of our discussion about pH balance and if you didn’t read part I well then I’ll wait for you to do that now. No seriously, these two articles go together like beans and rice, ebony and ivory…’cause they’re bad boyz 4 life. Check it out…Monday morning, essay test!

So we left off with respiratory and metabolic acidosis, which was a heart warming tale all by itself, but primarily dealt with how the body adjusts to increased blood acidity, or a lowering of blood pH. Then you asked “what happens when the blood pH is too high” and I was so impressed by that question that I dedicated another article just to answer it. Nice Job!

Remember hemoglobin, that fun protein in our red cells that binds both oxygen and carbon dioxide? Well the CO2 doesn’t bind to the same site on the molecule but it does alter the molecule’s ability to bind more oxygen. If the reverse happens with increased levels of oxygen, then there are less seats available for the CO2 to sit. This sets up the conditions for a decreased partial pressure of CO2 (hypocapnia) which makes the blood sad. When this raises the blood pH we call it respiratory alkalosis.

Some of the main clinical signs that someone is going into this type of respiratory funk include hyperventilation, tingling, and numbness (and not in that fun “I can feel it working” kind of way).

Then cue the Kidney’s…

This whole drama happens when there is a reduction in a non-volatile acid in the balance equation or when there is an excess of HCO3 in the plasma. For example, vomiting causes a loss in HCL while HCO3 stays behind (not a pleasant example I know but I did it for science). This could be caused by primary hyperaldosteronism, vomiting, and of course ingesting large amounts of an alkaline substance (don’t do that, they call that poisoning yourself where I’m from).

And well I think that’s all I have to say about that….for now. Stay curious, stay classy, and never stop learning my friends.

Blood, in our day and age, plays nothing more than a supporting role to teen vampires on the big screens with perfect bed hair. Well today the fake fangs are coming off, the microscopes are coming out, and we’re giving blood the red carpet treatment it deserves in this segment of Forgotten Physiology.

Alright, take a deep breath and let it out slowly. We’ll need to shake off all those icky vibes we get whenever we mention the word “blood.” It’s time to take a closer look at that crazy vampire juice, and by closer I mean at roughly 400x magnification. I’ll wait till you catch up. Just say when. Outstanding, let’s get to it!

Oh sure, I realize that anyone who’s learned to turn on a computer or operate a stove when their parents aren’t home has probably figured out by now that our blood is composed of red blood cells. There are a few white blood cells floating around in the mix as well, fighting off infections but that’s for another article. Today I want to focus on the true work horses of our circulatory system, the red blood cells.

What is blood exactly? No wait, that’s a boring, safe question. Perhaps a better question might be why do we have blood? I mean what’s the evolutionary advantage of having a bunch of flat, pink disks floating around in a murky straw colored, neutral pH solution at 37 degrees Celsius? It’s all about clever chemistry my friends, gas exchange to be more precise. Red blood cells, or erythrocytes, as the cool kids (scientists) call them are nothing more than transport vessels. They are not unlike tiny FedEx drivers transporting their oxygen payloads from the lungs to the cellular tissues of the body (I never liked the term tissue…just feels dirty) “How do they accomplish this?” you cunningly ask. Ha! Well played. 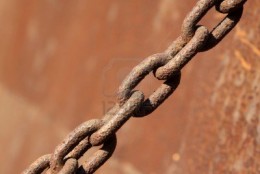 Inside each red cell are specialized proteins called hemoglobin and inside these are tiny iron molecules. Like all proteins they are composed of certain amino acid chains that only fold a certain way, but what makes them unique and a hit at all the parties are their ability to cling on to that sweet, sweet iron. It’s not just any ole iron, but the ionic “taster’s choice” ferrous form of iron, Fe2+. These iron molecules have a real knack for accepting molecular oxygen, or O2. If you’ll recall, metallic iron tends to rust or “oxidize” when exposed to moisture and air. Once you’ve made that connection feel free to go “Ahhhh!”

There is however, another gas that our red cells love playing catch with and that’s carbon dioxide, CO2. You know that ole cellular metabolism that our cells go through to convert carbohydrates into energy is messy business. If it weren’t for our red cells that CO2 (the byproduct of respiration) would build up in our tissues slowly poisoning us, which is not ideal. The very same red cells transport that stuff from our tissues to the lungs for gas exchange, or as it’s known on the mean streets, “exhaling.” The other advantage red cells have for shipping gas to and fro is the fact that each mature red cell loses it’s nucleus. This makes room for gas exchange to take place, but it also limits the lifespan of the red cell. A mature (non-nucleated) red lives about 120 days. By that time it will have lost it’s ability to metabolize, let its facebook page expire, let himself go. Whatever, it’s just too old and worn down to be effective.

That is the basic mambo of our red cells. 24 hours a day, 365 days a year they carryoxygen to cells and carbon dioxide away from the cells. It’s pretty basic, reliable stuff. Blood is also quite honest. Those red cells travel through the vessels surrounded in fluid, which is mostly water and dissolved minerals, nutrients, proteins and gases. This funky fluid, or plasma interacts with everything, all the tissues of the body. So when you come down with an infection or any ailment for that matter, physicians, nurses, and lab specialists like myself rely on the blood to give us all the juicy gossip about what’s going down.

Now what is important to note about those red cells when it comes to testing the plasma is that they are alive. That’s right, they are still maintaining low levels of metabolism, a form of glycolysis the cool kids refer to as the Embden Meyerhof pathway (which sounds like a race track in Germany). Since these cells are alive and intact they are continually taking electrolytes in, but if those cells are ruptured they will release things like potassium and glucose back into the plasma. This can give the person examining your blood misleading and often alarming results. So if you’ve ever had your blood drawn one day and then got called back to the doctors office later to have the same tests redrawn due to “questionable results” there is a good chance that the blood was hemolyzed, i.e. those cells were ruptured in the process. Sorry about that, but it happens sometimes. Drawing blood is not an exact science and each individual’s vasculature is different. This can also happen when well meaning, handsome, young lab techs leave the tourniquet on for too long. Sorry Ms. Jackson [not her real name] I’ll lay off the cafe mochas next time. 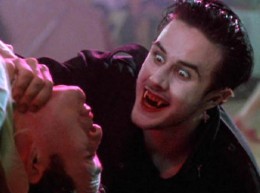 in case you slept through the 90’s, this was quality television

So the next time you’re enjoying Twilight recaps on Hulu, getting your finger pricked at the doctor’s office, or knocking back a cold one while watching your favorite scene from Buffy the Vampire slayer (no question, an American classic) take a moment to appreciate the rosy, red concoction that makes it all possible. Red Blood Cells, this bud’s for you.